Many web applications are based on Ajax and its use in the mainstream category was pioneered by Google Maps and various web-based email services. Today, average servers are fast enough to handle multiple websites hosted in them, but improper technologies could cause sluggish performance. However, Ajax should improve this by ensuring great performances.

Ajax allows the web development team to add applications in the site and various functions can be performed without reloading or redrawing the whole screen. It means that when we use Google Maps, the map can be used smoothly and seamlessly like when viewing a very large image. When it was first introduced, Ajax was quite revolutionary and it is also used for Yahoo Maps and MapQuest. With Ajax, email users are also able to open new messages without reloading the whole screen. YouTube and Netflix also use Ajax technology for its comment and voting features. Videos or films can be rated without leaving the whole display. 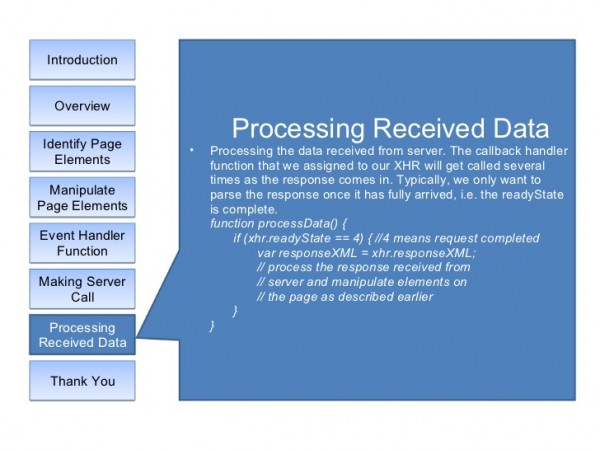 E-commerce website may use Ajax to offer a comprehensive virtual shopping cart and users are able to place multiple items into the cart without leaving the product page. Ajax is known for its various capabilities such as “mashups”. In this case, two separate web apps can be integrated into the third. As an example, Craigslist can integrate with Google Maps to allow consumers locate the apartments and property real estates. There are many key benefits that we can get from web application development. As an example, we should be able to obtain extra levels innovations that are usable for all visitors.

If correctly implemented, users should get a feeling that they are using a responsive web application, instead of a traditional web page. This should allow businesses to provide new functionality and improved experience for users. However, we should be particularly careful when attempting to implement Ajax-based web programming. It is important that we shouldn’t overboard when using it. For average users, Ajax-based implementation can be somewhat more challenging. Although Ajax could offer us a highly user-friendly system it could offer new behaviours that confuse people.

If people are confused, it is possible that they will quickly leave our website. It means that they will not perform tasks that we want them to do, such as reading the information or making the purchases. Ajax programming may create multiple problems and there are things that may work a little differently than usual.

It is important to make sure that users don’t need an extra time to learn the interface. Any new functionality should be very intuitive to do. As an example, if we add a zoom and unzoom features on a map, it should be indicated with large “plus” and “minus” signs. People will immediately know what to do with these new capabilities.