The National Hockey League (NHL) is considered as the premier professional ice hockey league in the world. The 2016–17 NHL season is the 100th season of the NHL. Although, the NHL has already started, there are a lot of games to be played in this season. The NHL fans can still expect many exciting and intriguing games this season. Every team has some must watch games in NHL season 2017. You can check here top ten exciting games to expect on the move this NHL season: 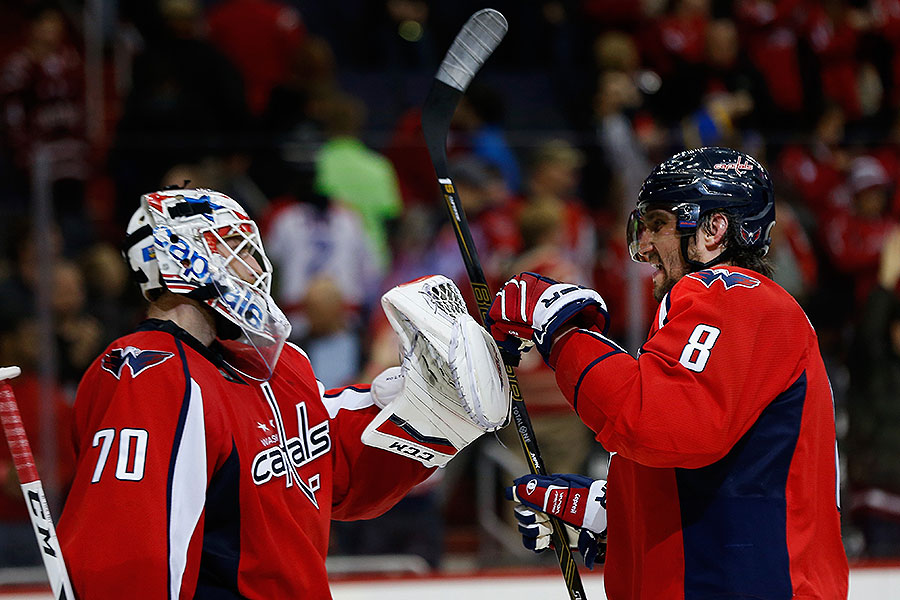 The New Year starts with a classic game between Detroit Red Wings and Toronto Maple Leafs. It is a Centennial Classic featuring two best teams in the league. The Leafs will host the Wings at Toronto’s BMO Field in a most exciting and at the same time one of the toughest games in their 2017 NHL season. The last time these both teams fought each other for an outdoor game at the 2014 Winter Classic. So, it is a rematch of the 2014 Winter Classic and all you can say is Happy 100th birthday NHL.

One of the must watch games of 2017 NHL season will be held at Busch Stadium in St. Louis Chicago and it will be played between Blackhawks and St. Louis Blues. The game will be 2017 Winter Classic. The defending Stanley Cup-champion Blackhawks will definitely seek to spoil the merriment of the Blues as they celebrate their 50th year as a franchise. You can book NHL tickets for this game and make sure that you watched great moments live in the stadium.

Another classic and must watch game of 2017 season is between Boston Bruins and St. Louis Blues. This game will witness David Backes returns to St. Louis. He spent his first 10 NHL seasons with St. Louis that includes the final five as captain. He guided the Blues to play the Western Conference Final last season and joined the Bruins on July 1. This game will be a nostalgic game for him.

The matchup between New Jersey Devils and Edmonton Oilers is a must watch game for hockey fans because the Devils forward Taylor Hall returns to Edmonton. Hall will play against his ex- teammates this season and for him, this match will be a chance for him to take sweet revenge. The hockey fans are so eager to see the welcome that he gets in Edmonton upon his first return.

One of the must watch games of this season between Philadelphia Flyers and Pittsburgh Penguins will be played on February 25. The rivalry between Flyers and Penguins is well known. Both the teams have played 277 times in the regular season and the Flyers could win 151 times.

Winnipeg Jets will clash with Toronto Maple Leafs on February 21. It is must watch game for the hockey fans because they can watch two of the most exciting players, Patrik Laine and Auston Mattthews, in the league playing each other. So, book your tickets for this game and be ready to watch an exhilarating game.

The hockey fans have got to wait until March 2 to watch Nashville Predators traveling to meet Montreal Canadiens. After playing seven seasons with the Canadiens, one of the most popular Canadiens players ever, Defenseman P.K. Subban will travel to Montreal to face his former team and teammates. Subban will go to Montreal as a visitor for the first time. So, it is going to be an emotional affair for hm.

The exciting match between Toronto Maple Leafs and Anaheim Ducks will be played on March 3. It is a match that lets Hockey lovers to watch Frederik Andersen returns to Anaheim where he played for three seasons. Andersen could lead the Ducks to three straight Pacific Division titles and it will be so fascinating to see him playing against his former team.

There are plenty of must watch games this season in NHL but all the eyes will be on the final regular-season game at The Joe between New Jersey Devils and Detroit Red Wings on April 9. The Red Wings will say goodbye to Joe Louis Arena by hosting with back-to-back home games against the Montreal Canadiens on April 8 and New Jersey Devils on April 9 and get ready to move to Little Caesars Arena in 2017-18.