Another year brings another failed takeover bid of Newcastle United, and sees the much-maligned Mike Ashley continue as owner despite being the most unpopular man in the north-east. After Amanda Staveley and her company PCP Capital’s alleged interest in buying the club recently failed to materialise, supporters were once again left ruing ‘what might have been’ and are now facing the prospect of the prolonged continuation of Ashley’s scandal-hit ownership. Being merely the latest in a number of failed attempts to take over the relegation-threatened club, we have reviewed five other occasions when Newcastle fans may have allowed themselves to believe that Ashley’s tenure would finally be over and their fortunes would turn around. 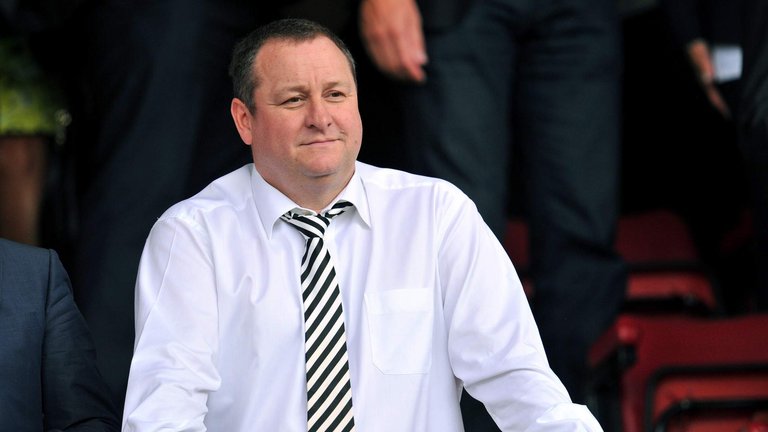 Way back in September 2008 following the resignation of Kevin Keegan and the souring of relations with fans, there was talk of Ashley selling up, and according to Chris Nathaniel, football agent at NVA Agency, a bid of between £200m and £350m was presented to the club by a consortium of Nigerian business tycoons. Despite this promising development and Nathaniel’s enthusiasm for an English football club being owned by the “soccer-mad” West African country, the deal went quiet and Ashley survived.

Another bid was lodged by Tyneside businessman Barry Moat in 2009, after Newcastle had been relegated to the Championship and Ashley was looking to offload the club at a discount £100 million. The deal fell through again however with various reasons, including Moat’s failure to meet Ashley’s desired bid being cited as the cause.

One of the slightly more surprising and eccentric attempts to take over the club came from former Spurs player Graham Roberts in 2009. In an attempt to increase fan participation, Roberts was quoted as saying “They can buy a share, they can pick the chairman, they can pick the manager, they can run the club.” Almost the antithesis of how the club is run under Ashley, Newcastle fans can only wonder about the potential opportunities had this one gone through.

The final instance of what might have been came when a Chinese consortium showed interest in acquiring the club from Ashley in October 2017. It was reported at the time that they signed a NDA with the club whilst attempting to put together an offer to tempt Ashley to finally let go, but the deal again fell through and Newcastle’s woes continue.