Located in the vicinity of New Delhi, the state of Himachal is probably the most sought after state in terms of travel in India. The various hill station towns are visited by hundreds of thousands each year depending on their purpose of visit and Himachal never ceases to amaze any visitor. 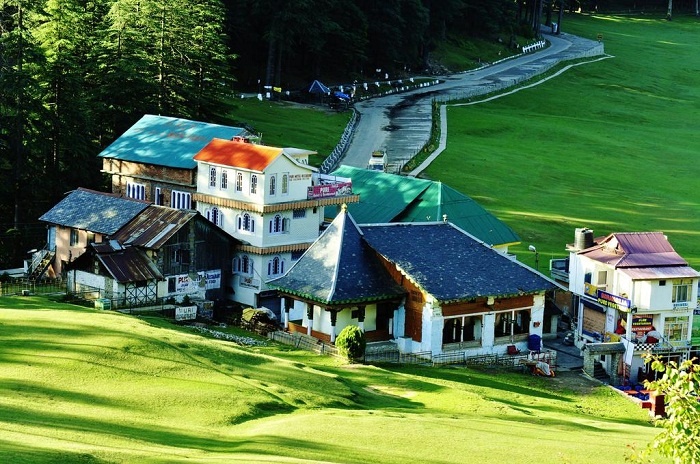 Himachal is one of the most pristine destination in India. The city is blessed with numerous hill stations and is one of the top choices for a honeymoon. Himachal is ideally approached from Delhi or Chandigarh via road. You can book your Chandigarh to Shimla taxi which should take you just about 3 hours to reach. Himachal is a fascinating and mysterious to many. Here are a list of some interesting facts and insights on the hill station.

1. Kasol in Manali is known as ‘Mini Israel’

About 70 % of the tourists who come into Kasol are of Israeli origin. Yes the numbers are true. Though there is no certain explanation as to what draws them to this place, the people of Kasol have come to terms with it now. The lifestyle of the town today has slowly evolved and turned to something much similar to that of the israelis. You will find some hotels and shops signs written in Hebrew while the food served there also mostly belong to the israeli origin. From food, goods, clothes and lifestyle, Kasol truly is mini Israel.

2. Himachal is Home to Some of the Oldest Schools in India

The schools in Himachal are some of the best and oldest in the whole of Asia. These schools were mainly established around the 1800s during the British era. Some of the oldest and best schools in Himachal include the Lawrence School, Sanawar, Bishop Cotton School, Shimla, Loreto Convent Tara Hall, Shimla and the Army Public School, Dagshai.

3. Himachal is known as the Fruit Bowl of India

Pretty sure you heard about the famous ‘Himachali apples’, however apples are not the only fruit this state is known for. Fruits like kiwis, plum, peaches and cherries are abundantly available in this place. Apart from the various kinds of common nuts founds in the state abundantly, you will also find pine nuts and chilgoza.

4. Khajjiar — The Mini Switzerland of India

Considered to be one amongst the many places around the world that resembles the picturesque Switzerland. Khajjiar is know as the Switzerland of land owing to its strikingly beautiful landscapes. The hill station also boasts of a floating island in its lake. best hotel in Chopta for spent perfect time with your family and your life partner

5. Only Place in Asia with a Natural Ice-skating Zone

An adventure sport starting from December going all the way till February, ice skiing is one of the most popular sport in Himachal. The ice skating rink in Shimla is the largest in India and the only natural ice skating rink in Asia. During the prime skating seasons, all the places to visit around Shimla goes through a slow time as Shimla pulls all the crowd.